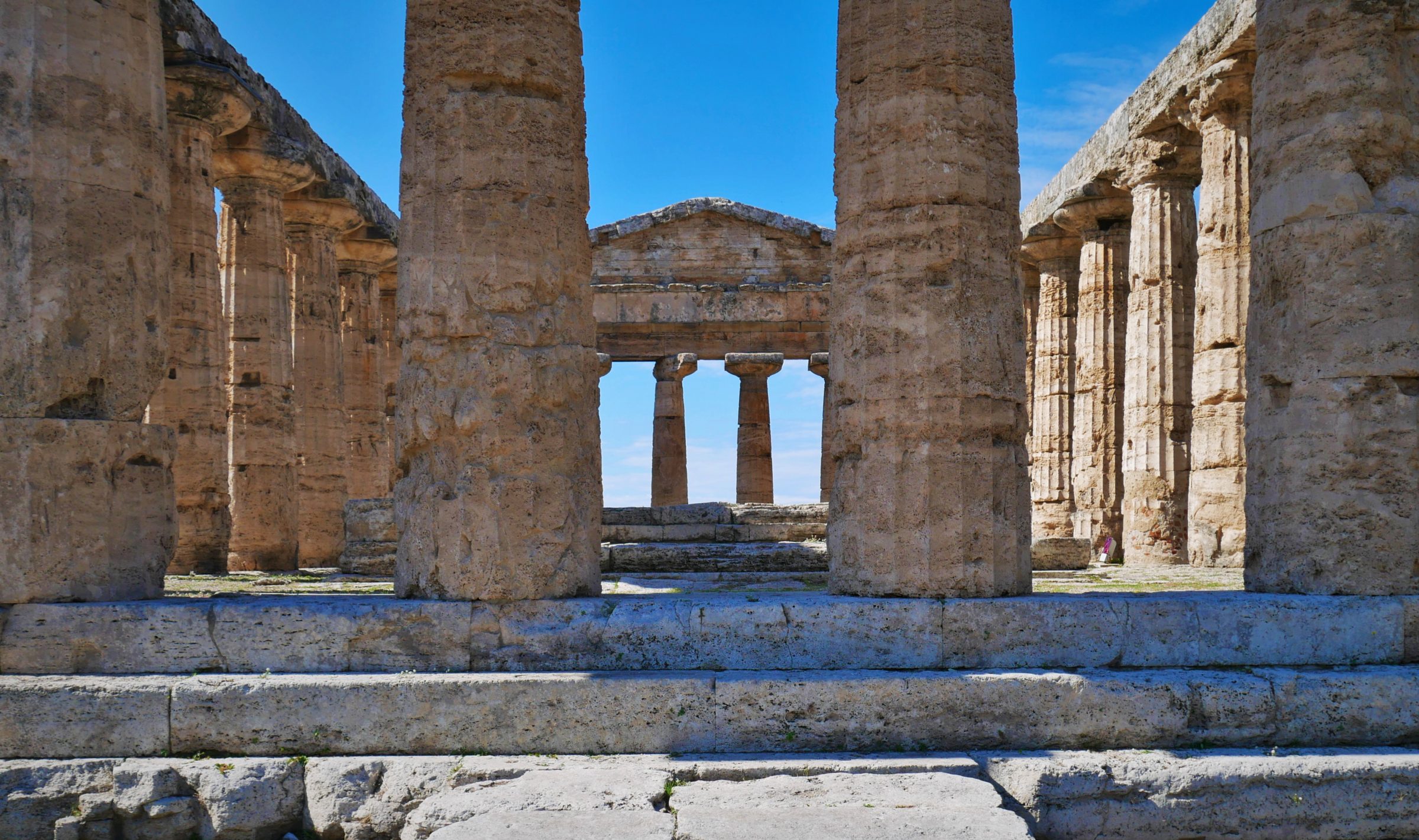 Dino, Grazia, and I arrived in Ascea late into the night, and after some mouthwatering meatballs, wine, and cards we all went to bed with the sound of waves crashing on the distant shore.

The next day started with a trip to the Archaeological Park of Elea, where we explored what remains of the ancient city now known as Velia, home to the Greek philosophers Parmenides and Zeno of Elea. 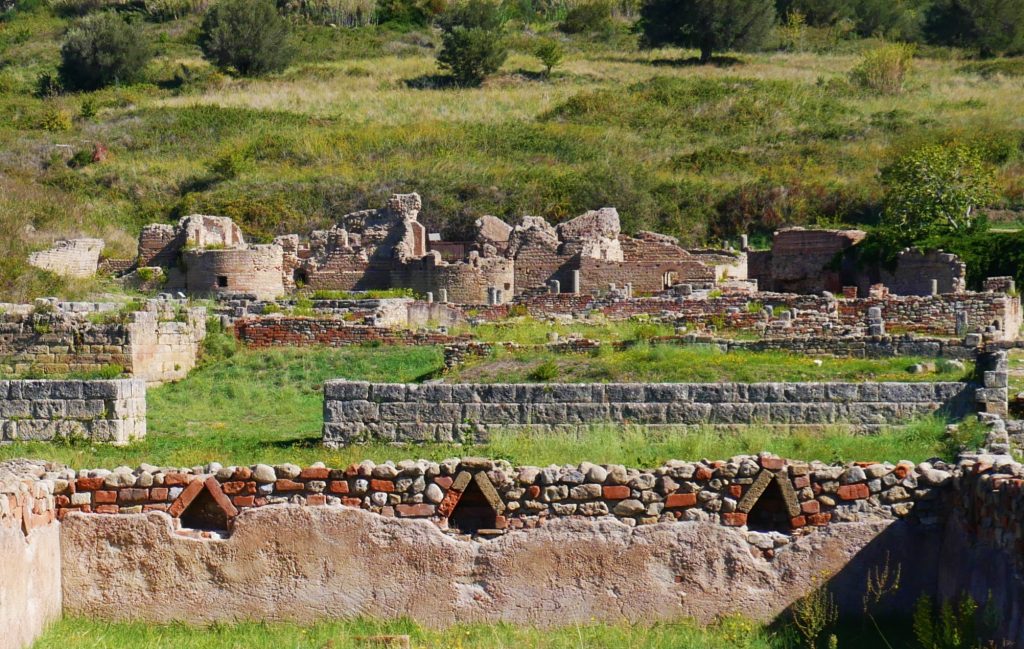 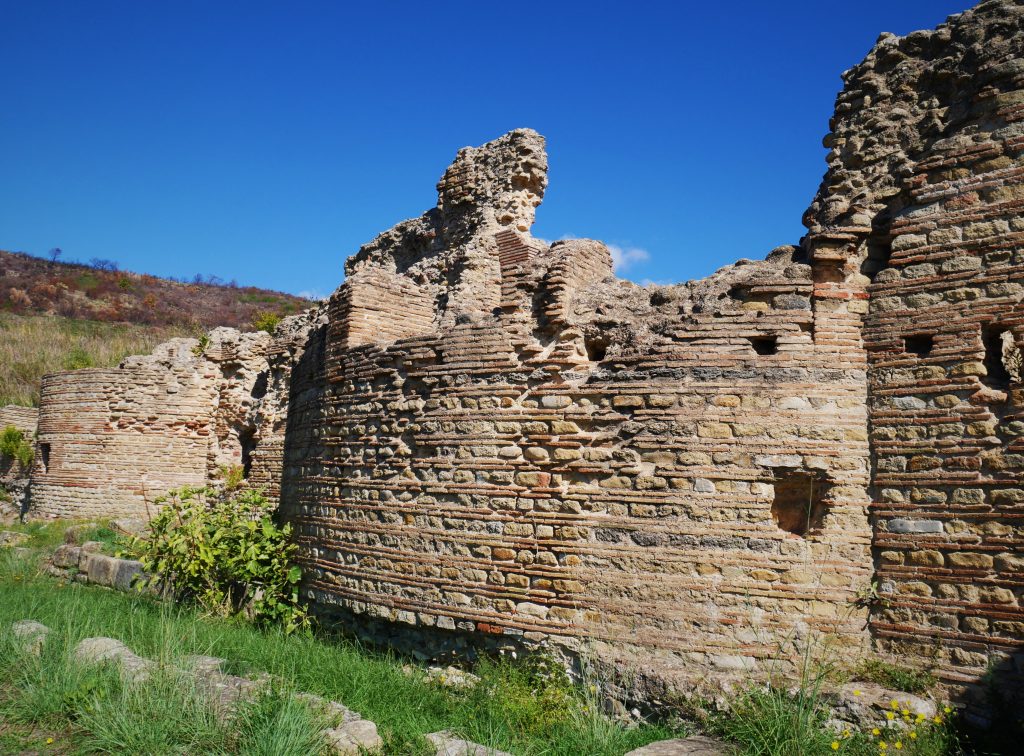 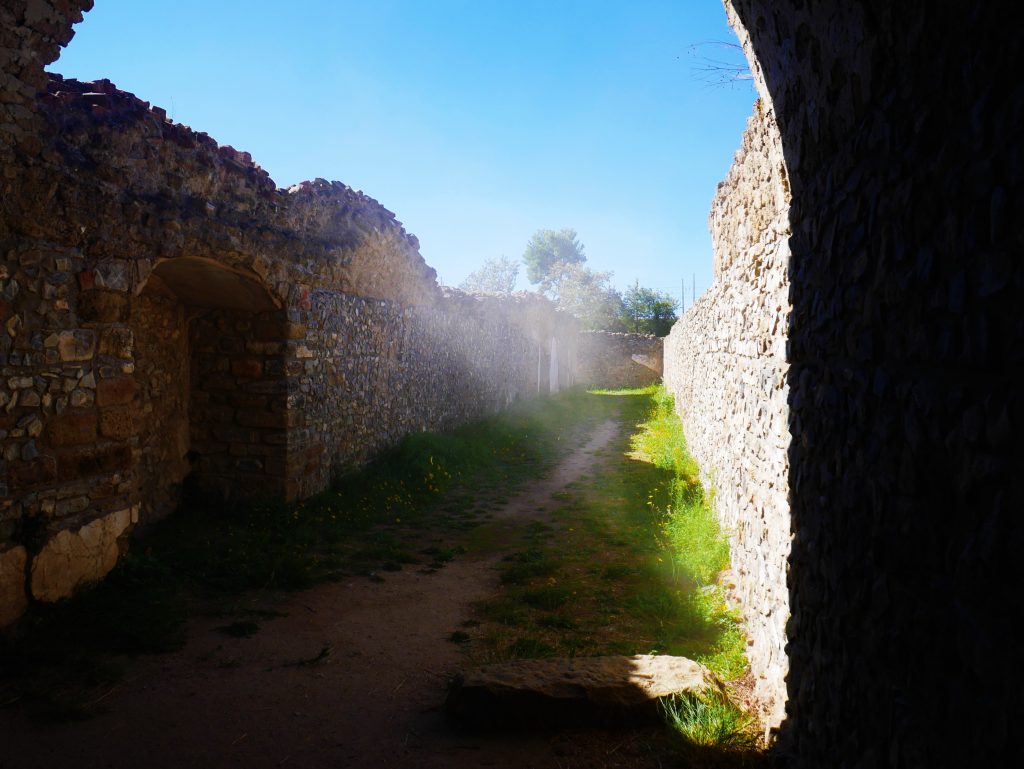 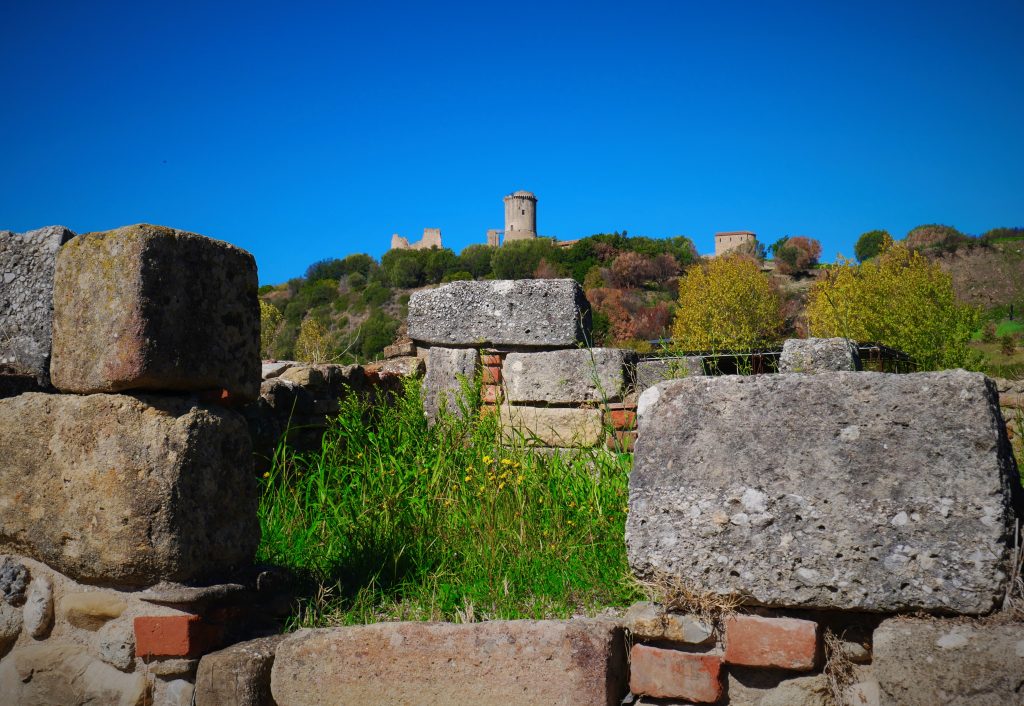 From Ancient ruins to espresso by the sea! Dino and Grazia graciously showed me around Ascea. 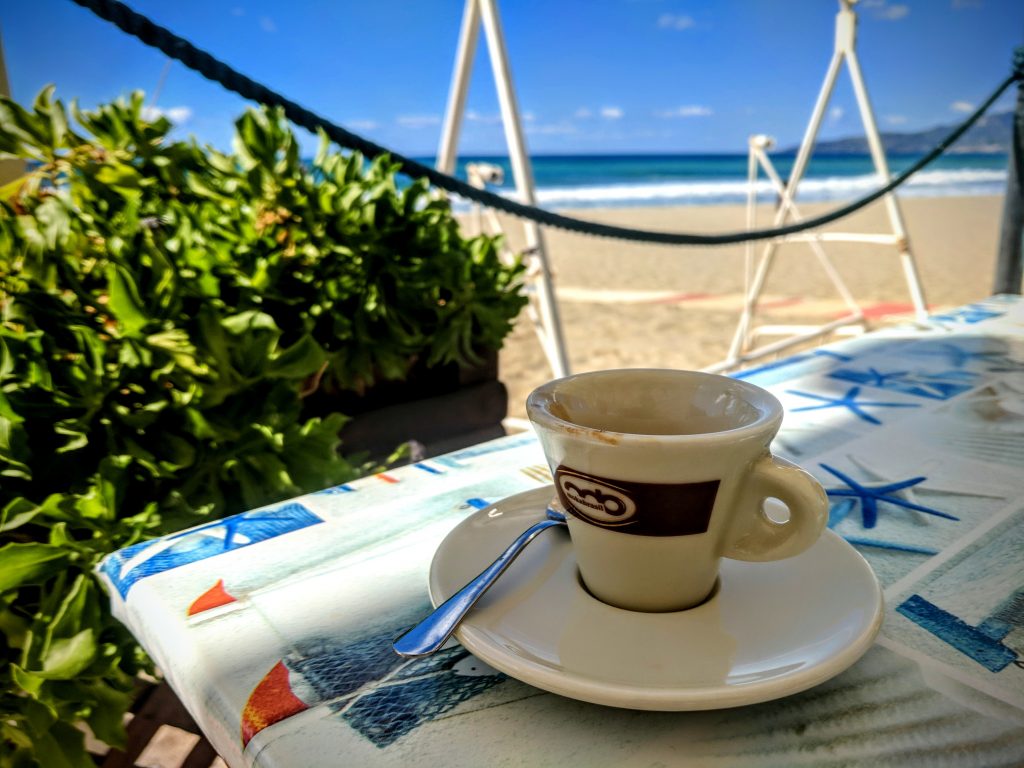 Espresso by the sea! 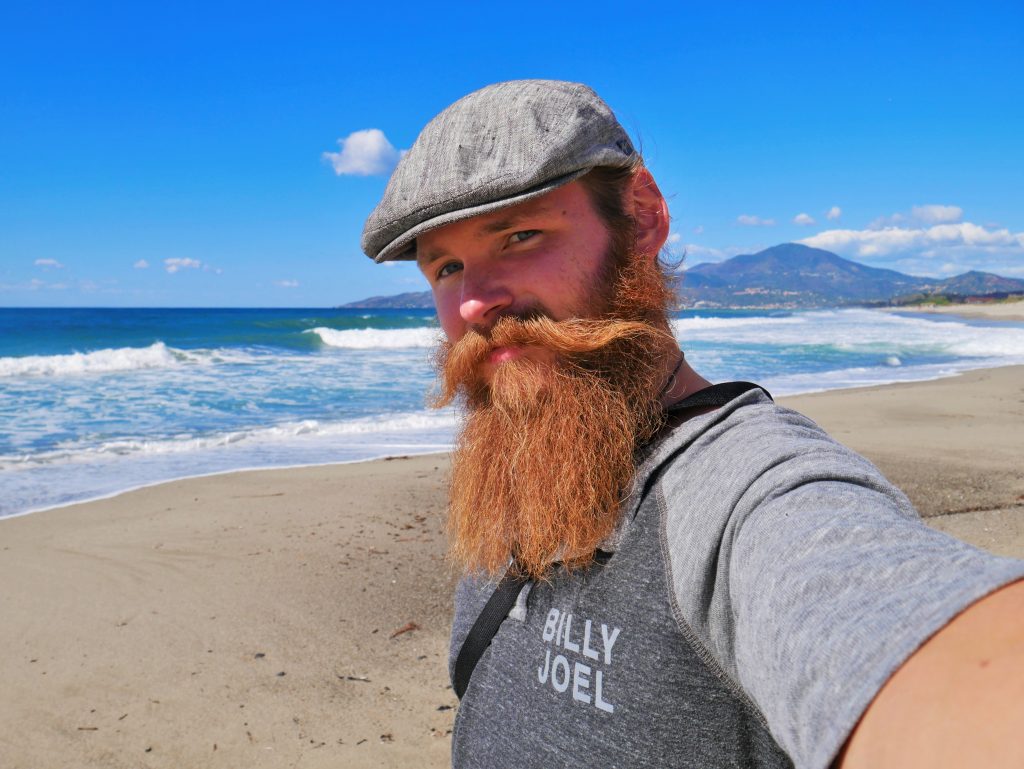 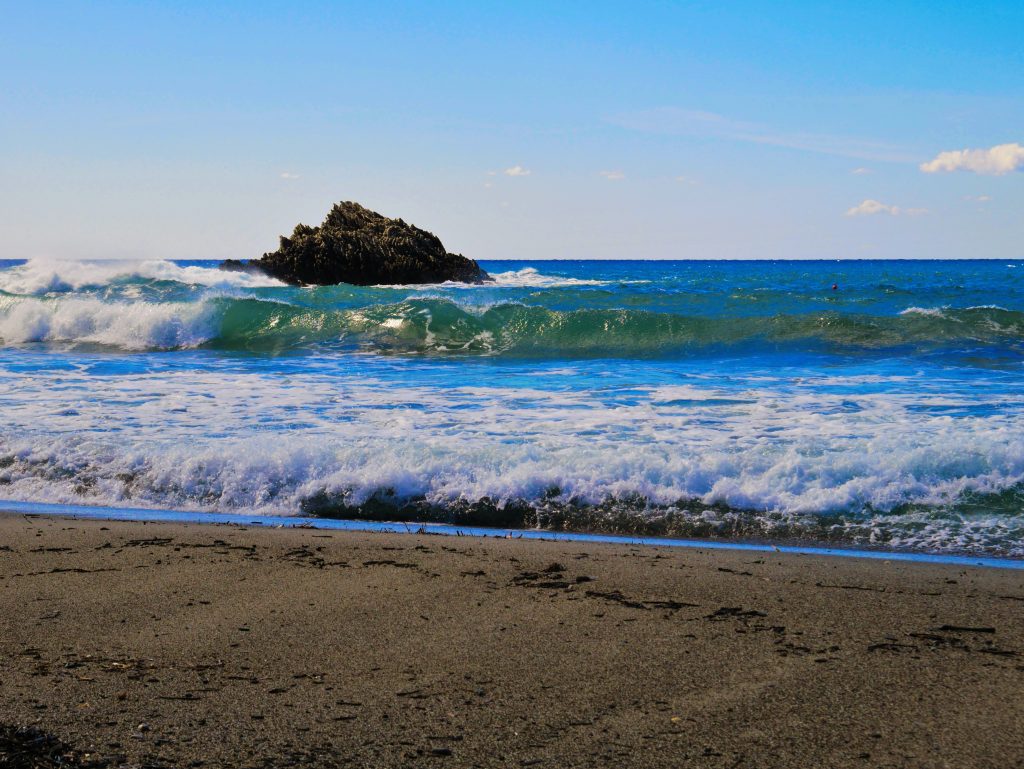 After some sunbathing, splashs, and laughs, they wined and dined me before showing me the best place in Ascea to watch the sunset.

Here’s a view of the sea from their weekend house in Ascea! 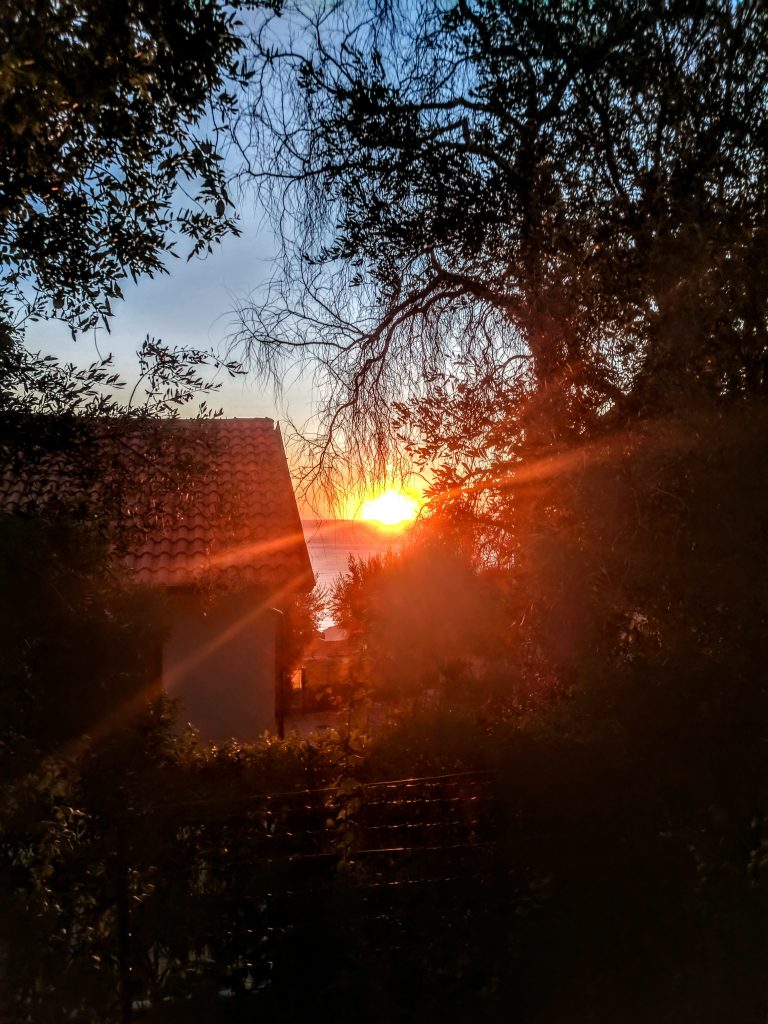 Altogether my weekend in Ascea with Dino and Grazia was wonderfully relaxing, beautiful, and unforgettable!

On yet another outing, Dino showed me the ancient Greek temples of Paestum! No words can describe how much fascination I hold for the ancient world, or how severely I’ve dreamed of walking among such a standing connection to that world!

The first temple we came upon was the Temple of Athena, built around 500 BC. 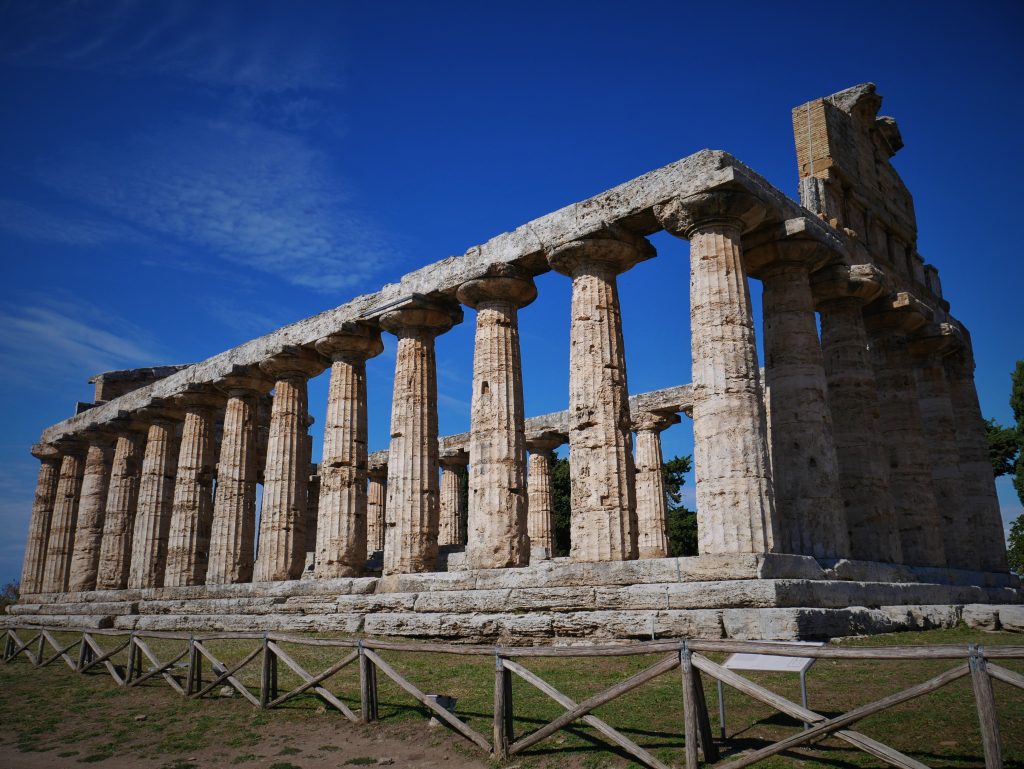 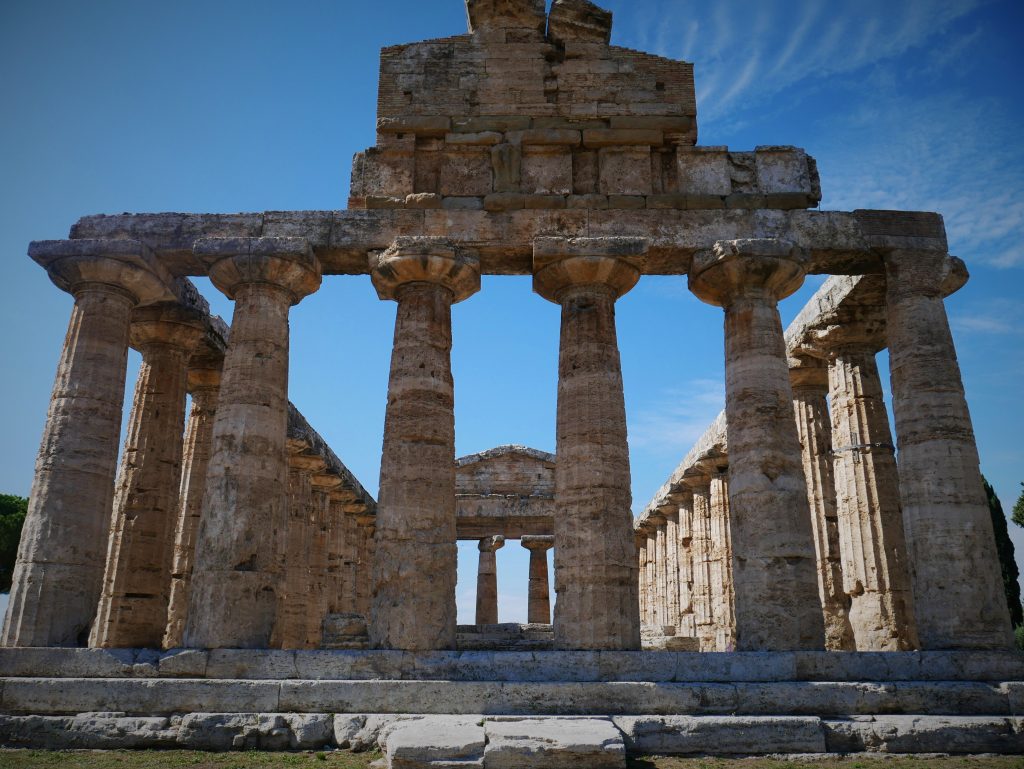 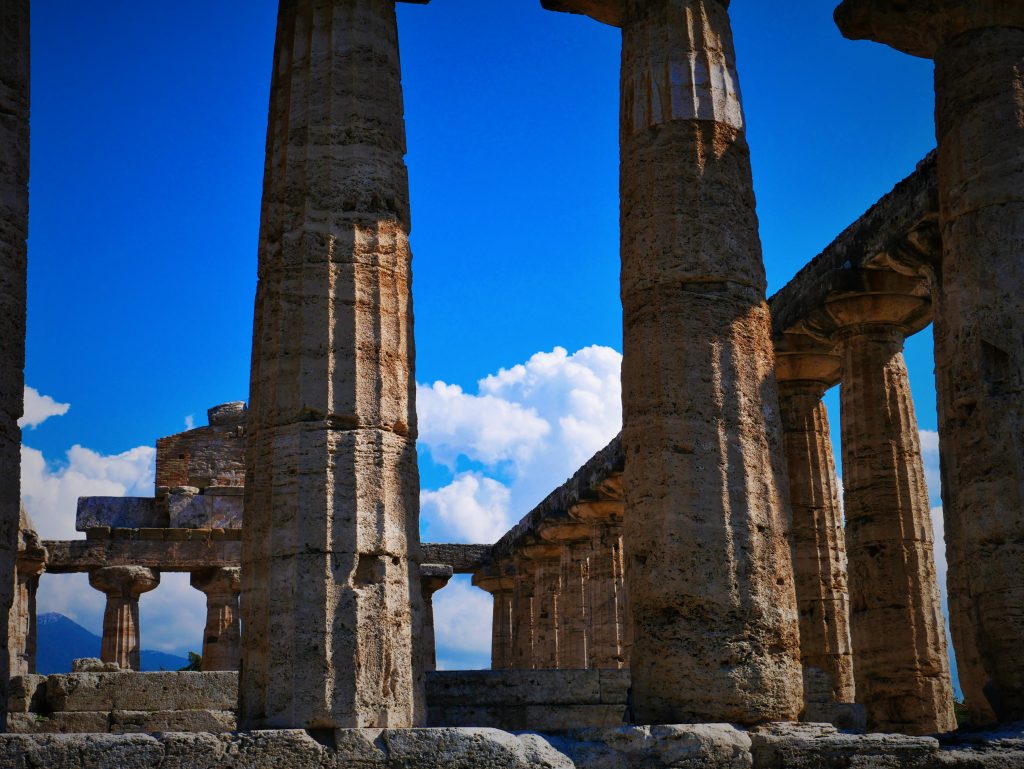 Nothing makes you feel more godlike than a couple selfies with ancient greek temples! 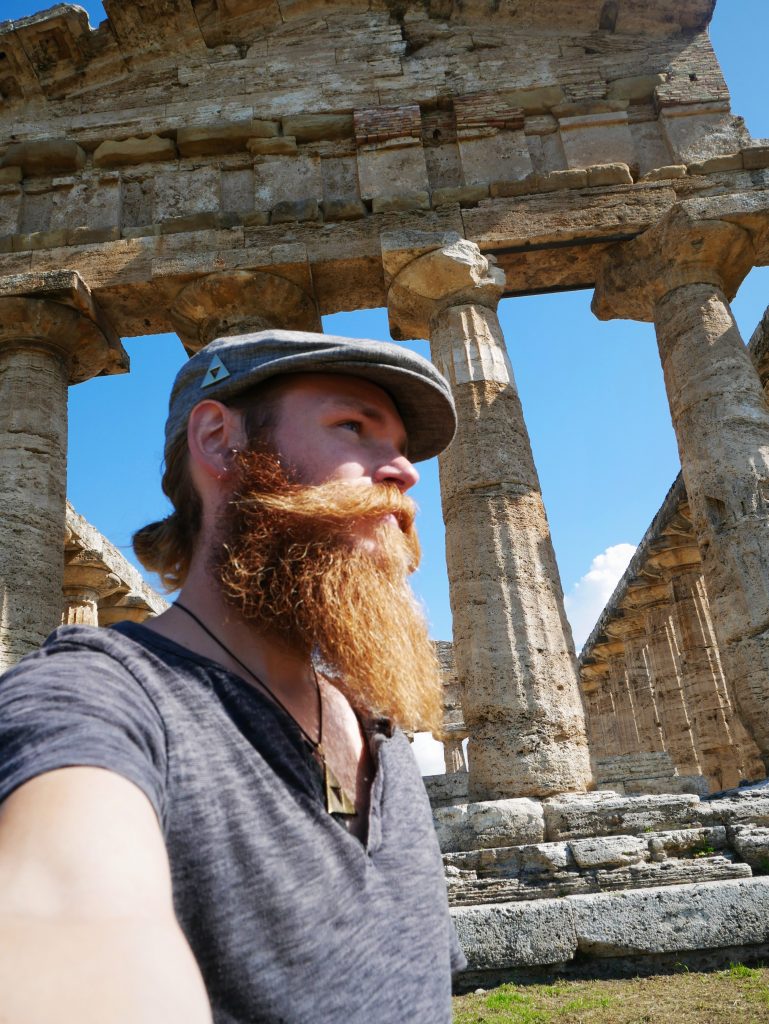 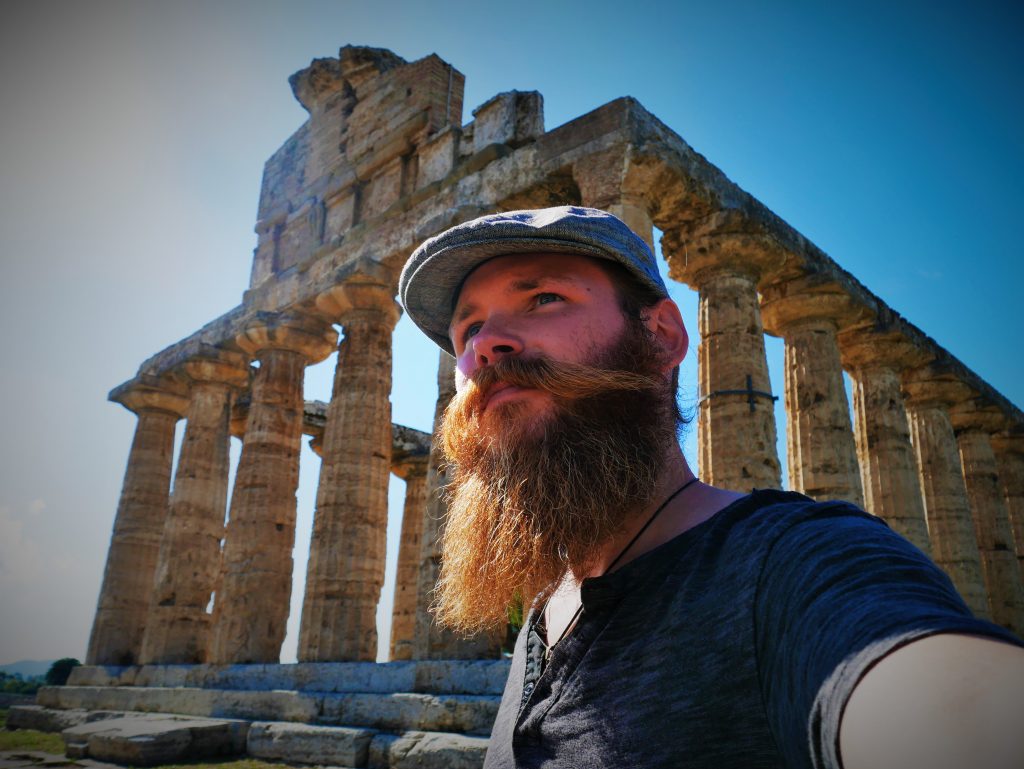 Next we took this ancient path to the 2nd temple of Hera, built around 450 BC. 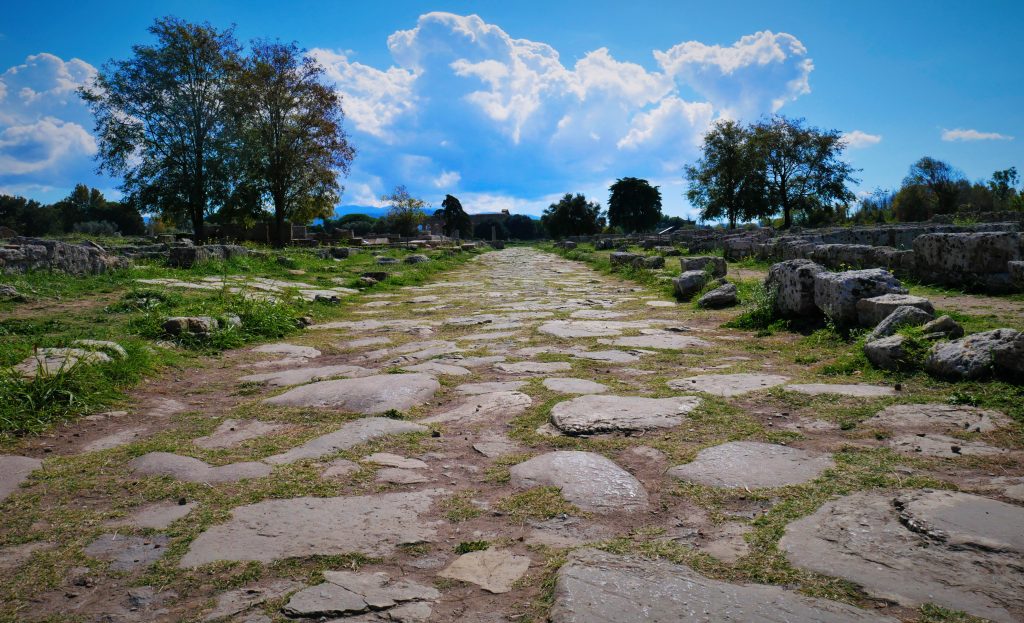 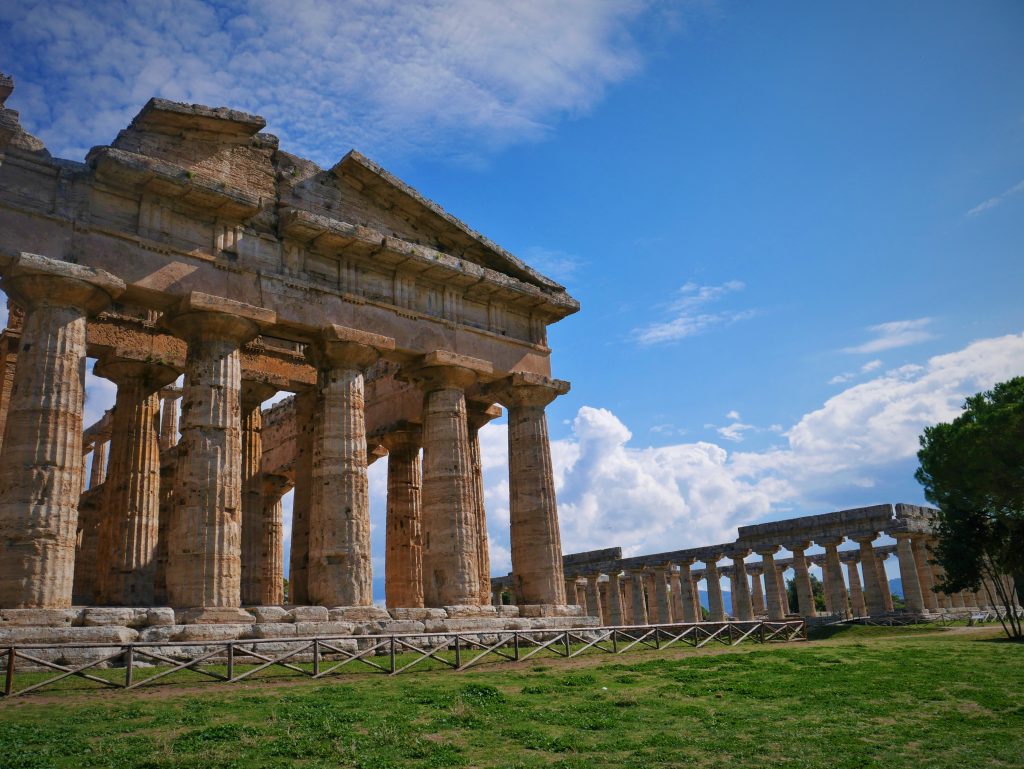 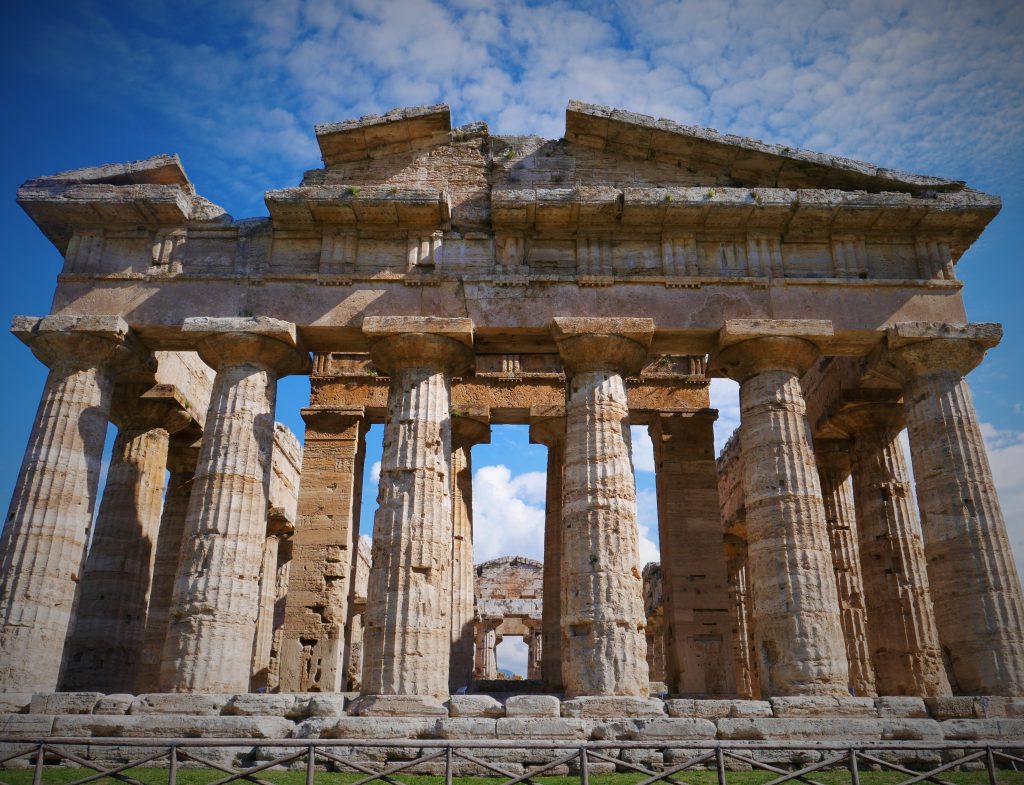 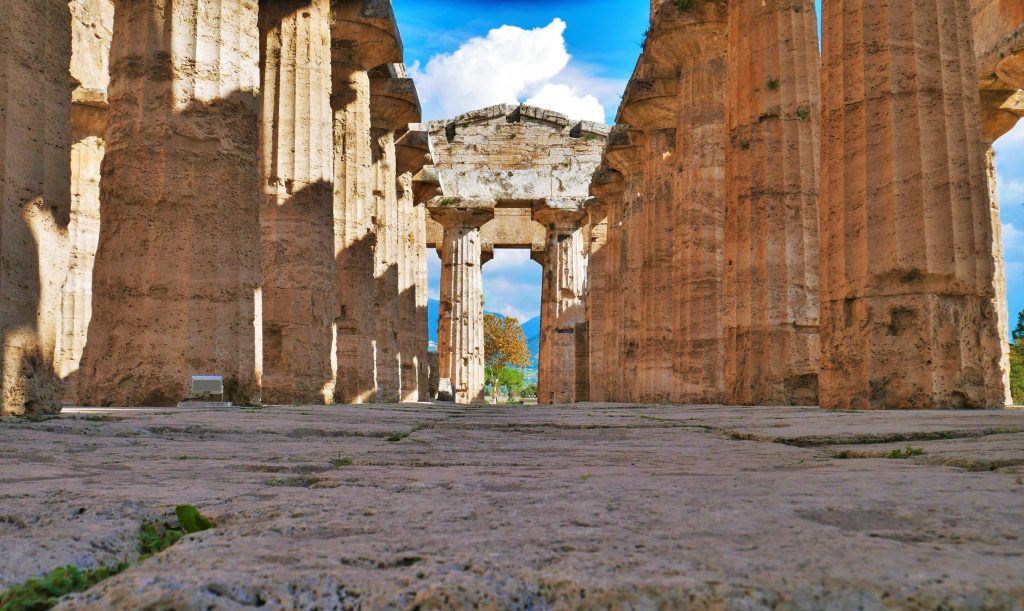 Inside the 2nd Temple of Hera 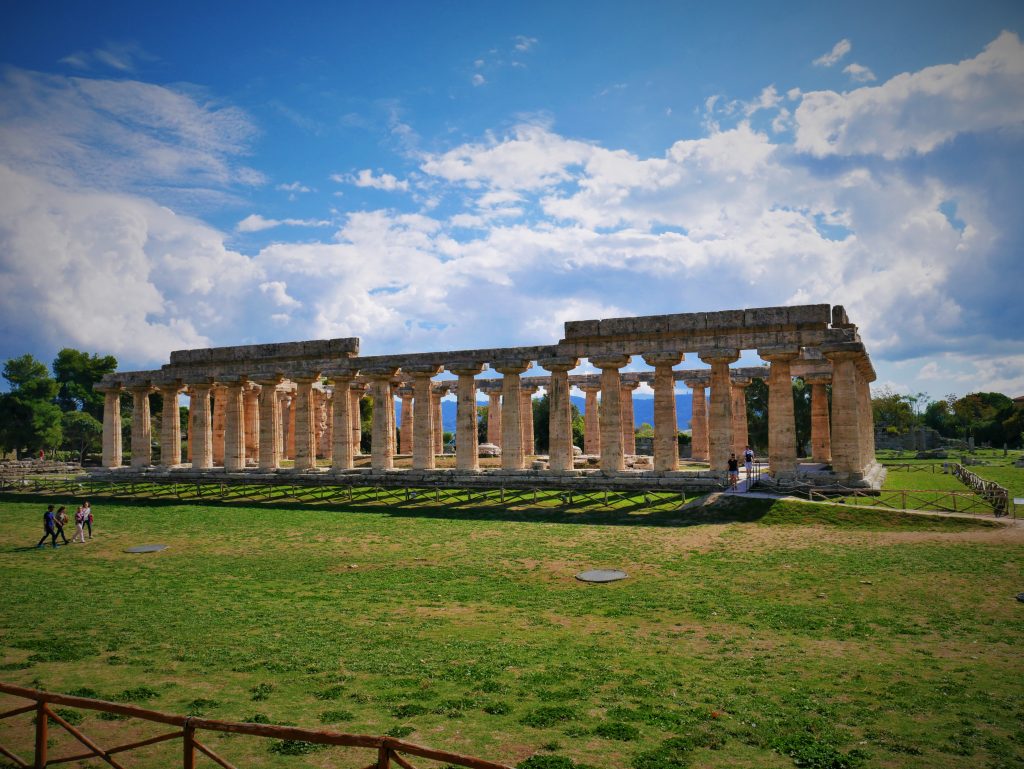 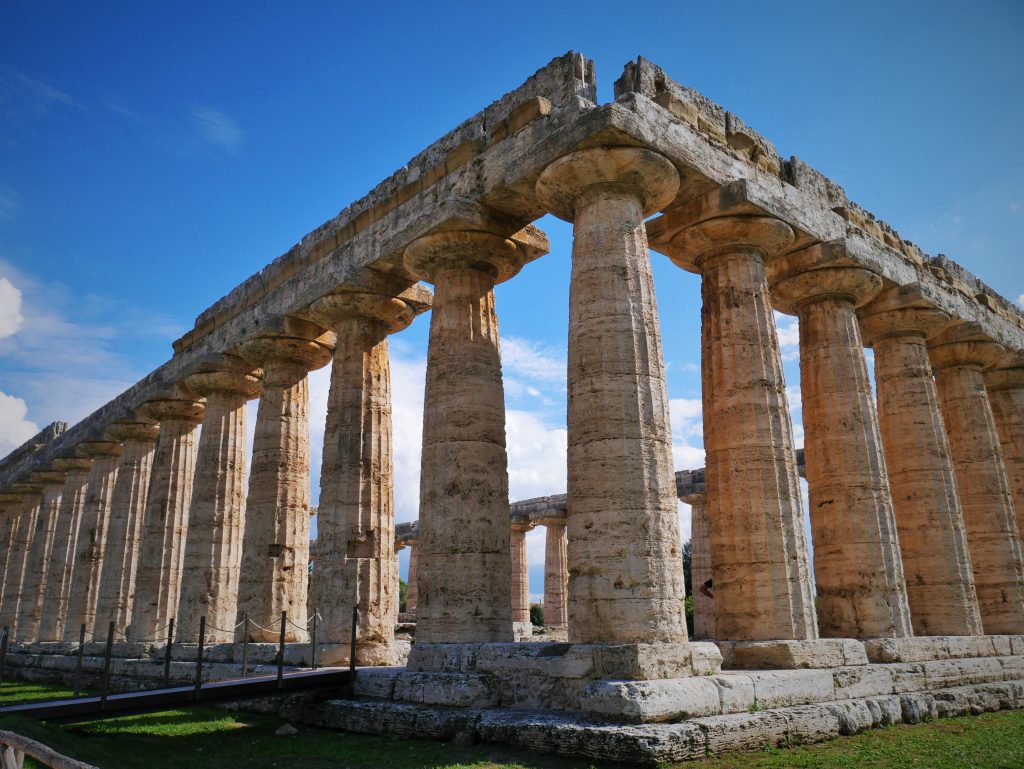 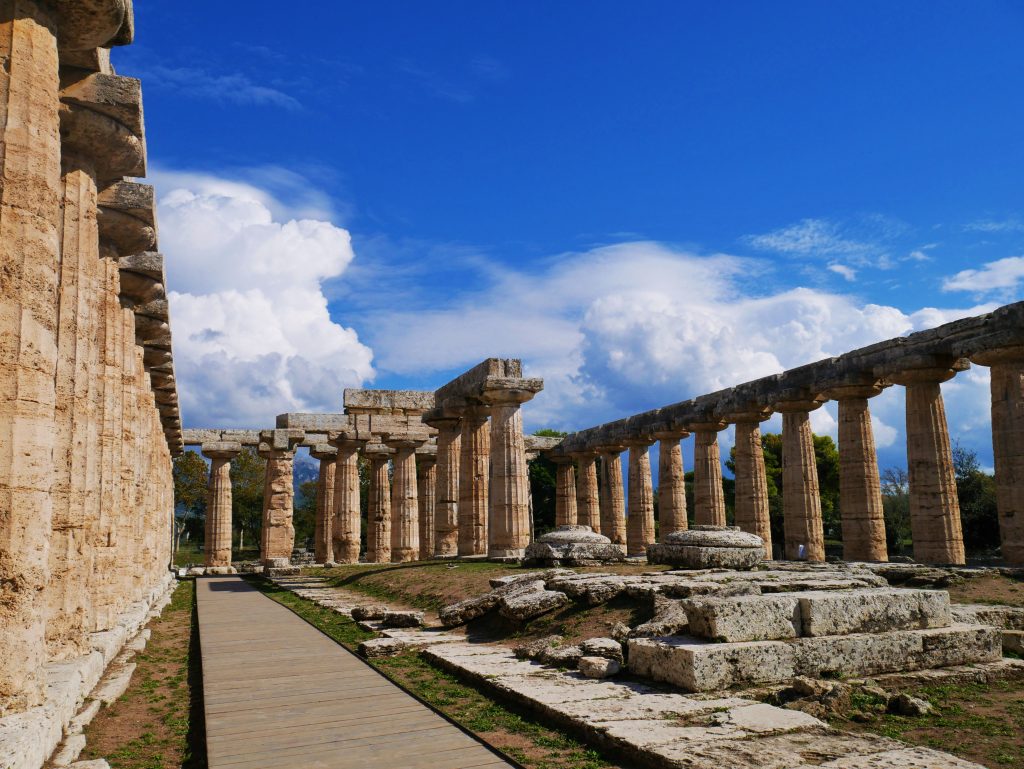 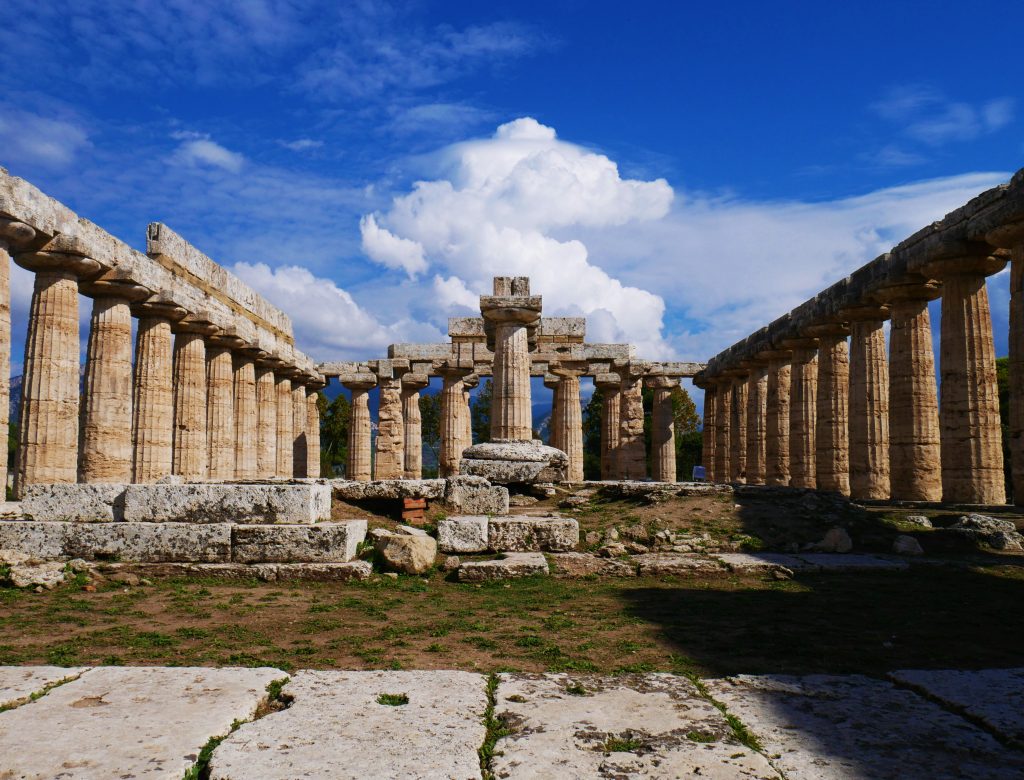 Dino, I have to say, “Grazie mille!”
Outside of our seemingly endless late night philosophical discussions, this was by far my favorite moment with you. I have always wanted to explore ancient temples and ruins, and the experience exceeded my wildest expectations! The grounding sensation of 2,500 year old stone beneath my bare feet, the resounding internal echo of placing my own hand on a pillar carved by the hands of men whose time ceased millenia before my own began. These feelings shook my core in ways I could never expect. I treasure the memories I have with you and your family above all, and carry them with me always and everywhere.

The time to say goodbye came altogether too soon. It caught me off guard, and though my time with you was shorter than that of my previous host, it didn’t feel like leaving a host. It felt like leaving a family, a family that I was a part of.

Dino, you and your family took care of me when I fell sick. Our long talks healed me in ways I can’t put into words. You fed me the most amazing food I’ve ever eaten in my whole life. You showed me some of the most amazing things and places I’ve ever seen. You took me into your beautiful home and treated me like family., and that is what you will always be to me: Family. All that I have to offer in return is an endless “Thank you, for everything. You mean the world to me.” 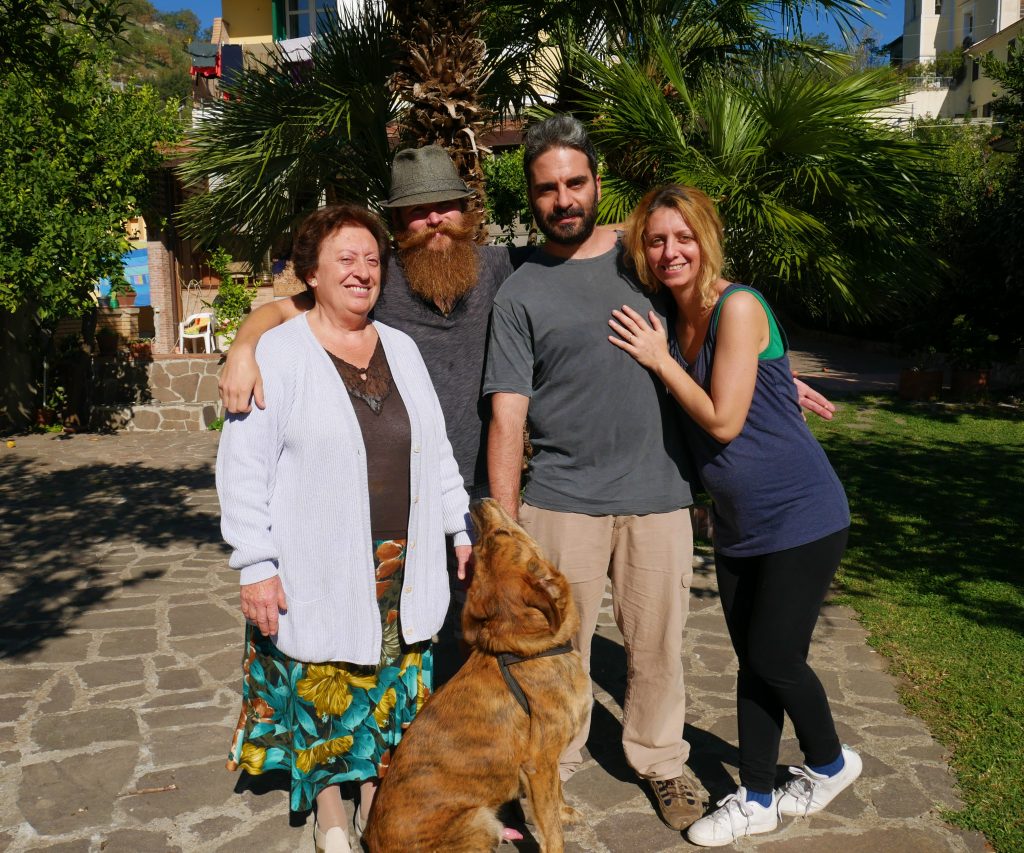 Goodbye Dino and Family, and thank you!

As if all that wasn’t enough, Dino and Grazia even drove me to my next host in Avelino!

After everything Dino and his family did for me, the least I could do is ask all of you to take a glance at his work. He hand makes some of the most beautiful handbags you’ll find! Check them out at Insettoamaro!

What was in store for me there? Definitely not what was expected, that’s for certain! Find out next time on Exploring Alexander: “Avelino, Kindergarten, and a shocking change!”

← Adventures With Dino and Family – Part 2 – High Up Places and Cities at Night
Avellino, Kindergarten, and Wait… What?! →